In the tradition of the late 19th-century founder of Fool Hollow, Thomas Jefferson Adair, who was mocked by locals for his endeavors to farm the area, several “birding fools” braved the cold wet weather for the January 22nd field trip. The morning was overcast and did I mention cold (high 20s) with a chance for scattered snow showers most of the morning.

Birds long ago lost their teeth (roughly 100 million years ago) but Mergansers have unique bills with small needle-sharp protrusions known as tomia (I mistakenly called them papillae which are hair-like structures on the bird’s tongue) which aid in catching fish.

Other waterfowl observed included: Gadwalls, Northern Shovelers, American Wigeon, Green-winged Teal, Ruddy Duck, Ring-necked Duck, and Canada Goose. Mallards were also numerous but upon closer inspection of the Mallards, an unusual duck could be seen intermixed with the more common Mallards. The duck in question appeared dark, resembling a hen Mallard but upon closer inspection, a bright golden bill could be seen. With no signs of a curled tail or other prominent Mallard traits, the duck in question was identified as a Mexican Duck, a difficult duck to distinguish at times but with practice can be a fun challenge to pick out from the much more plentiful Mallard (Image 1).

After scanning through the waterfowl, we next turned our attention to a large raptor perched in a ponderosa pine along the shoreline, struggling to support the raptor’s immense weight. The raptor was overall dark with a large prominent black beak and white mottling on the back. Given the location, time of year, and the other characteristics mentioned, the raptor was identified as a subadult Bald Eagle.

Often confused with Golden Eagles, juvenile and subadult Bald Eagles are similar to the Golden Eagle but Bald Eagles have more extensive white mottling, a larger bill, and wingspan earning them the title “flying plank”. Subadult eagles can also be aged based on their plumage and we estimated this eagle to be 2 ½ years old based on the head coloration and subtle white mottling on the scapular feathers (Aging Bald Eagles). Walking further south down the trail, we encountered numerous Passerine birds coming to the lake for water and foraging in the willow and tree-lined area.

Notable species included Spotted Towhee, Song Sparrow, Western Bluebird, Yellow-rumped Warbler, both Steller and Woodhouse’s Scrub Jay, and several subspecies or “flavors” of Dark-eyed Junco (Audubon: Dark-eyed Junco Flavors). We wrapped up the morning by heading to the eastern portion of Fool Hollow. Listening in to the hillside, we could hear the distinctive “laughing” calls of the White-breasted Nuthatch, the high-pitched peeps of the Pygmy Nuthatch, and the faint but harsh call notes of a Ruby-crowned Kinglet. Moving south we were treated to yet another Bald Eagle; however, this time an adult Bald Eagle.

Other species included numerous Common Coots, American Robin, Townsend’s Solitaire, Sage Thrasher, and Western Bluebirds. Heading back to our vehicles, our final bird for the outing was a striking male Williamson’s Sapsucker which afforded us good views as it perched on a ponderosa pine. In total, we observed 37 species, a good morning despite the cold gloomy conditions. I would like to thank Francis Frei, Assistant Park Ranger at Fool Hollow Recreation Area for allowing WMAS to host a field trip at the Rec Area and Rob Bettaso and the WMAS Board for allowing me to lead the bird walk. I look forward to seeing you all on the next WMAS outing. 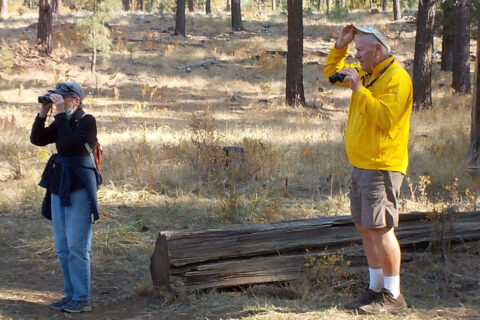 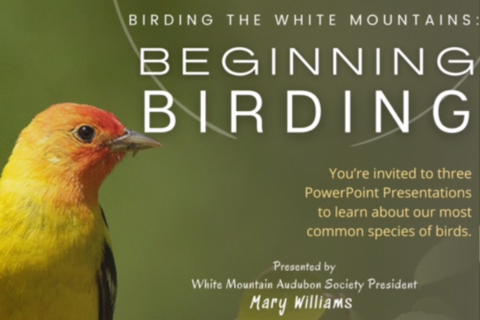 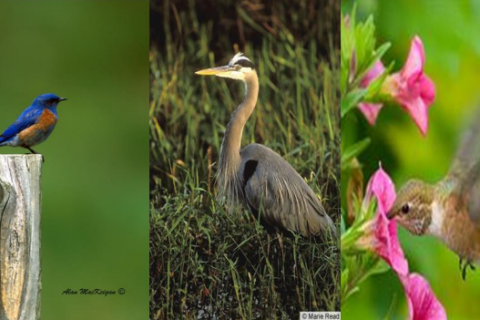 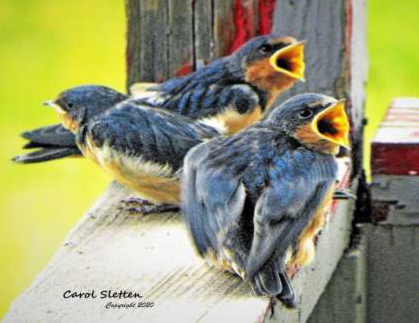 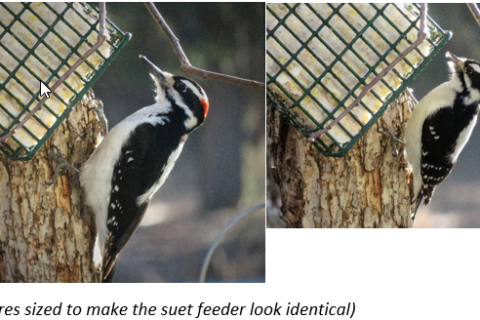 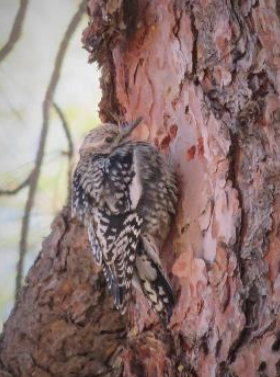